“Treating splenic artery aneurysms can be very difficult because of their intricate nature and anatomic variations from patient to patient,” said Zlatko Devcic, M.D., a fellow of interventional radiology at Stanford University School of Medicine and collaborating author of the study. “This new platform allows you to view a patient’s arterial anatomy in a three-dimensional image, as if it is right in front of you, which may help interventional radiologists more quickly and thoroughly plan for the equipment and tools they’ll need for a successful outcome.”

Researchers compared the new VR technology to the use of images from a commonly used visualization software system that displays images on a standard two-dimensional platform.

VR turns a patient’s pre-procedural CT scans into 3-D images that the radiologist can virtually move and examine while wearing virtual reality-type glasses. By allowing the operator to manipulate routine, two-dimensional images in an open three-dimensional space, VR provides a look into a patients’ organs and tissues that had not been possible outside of the human body, until now. As a result, the operator is armed with a deeper and intuitive understanding of spatial relationships, such as between an aneurysm and the surrounding arteries.

In the study, three radiologists, using both technologies, independently evaluated 17 splenic artery aneurysms in 14 patients. Researchers measured the radiologists’ accuracy in identifying inflow and outflow arteries associated with the aneurysms with each method. Radiologists in the study also ranked improvements in their confidence on a four-point scale when using VR compared to the standard method.

Researchers found accuracy was similar with both methods, though confidence improved substantially with VR. In fact, 93 percent of participating physicians who used the VR method indicated higher confidence in their abilities (a score of at least 3).

“Pre-operative planning is possibly the most important step towards successfully treating a patient, so the value of VR cannot be understated,” Devcic said. “This technology gives us a totally different way to look at that structure and safely plan our approach to patient care.”

Researchers hope that future studies will examine whether this technology will ultimately help reduce the time needed to perform the treatment and as a result, reduce the amount of radiation and contrast exposure to the patient. 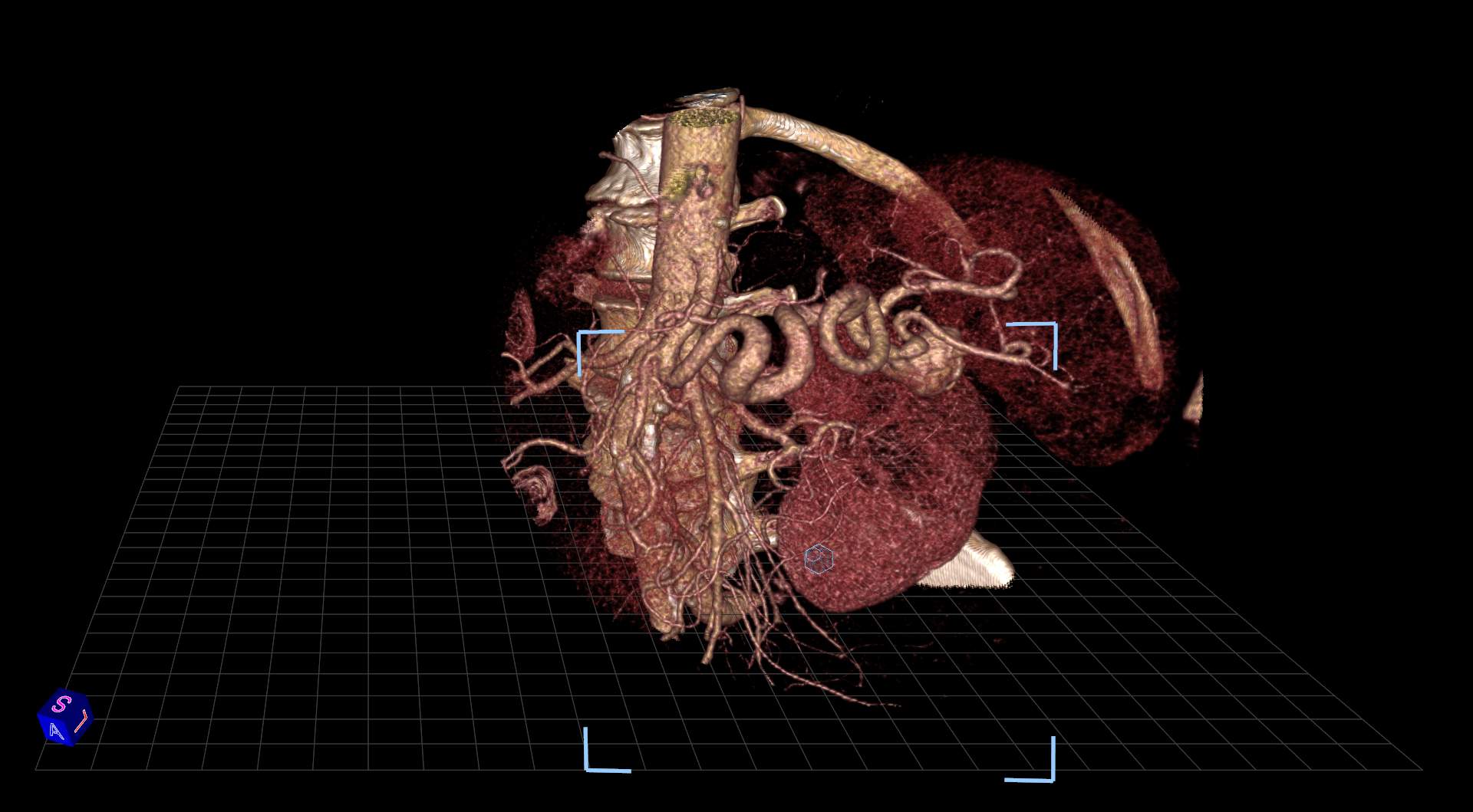 An image of a splenic artery aneurysm as it is seen in virtual reality.