A key initiative for SIR is increasing the presence of women, young professionals, minorities and non-US based physicians within interventional radiology at national and regional meetings to demonstrate the diversity IR and add to educational richness of programs. The SIR Speakers Bureau is an online resource available to the society as well as those organizing conferences, workshops, continuing education and similar programming. 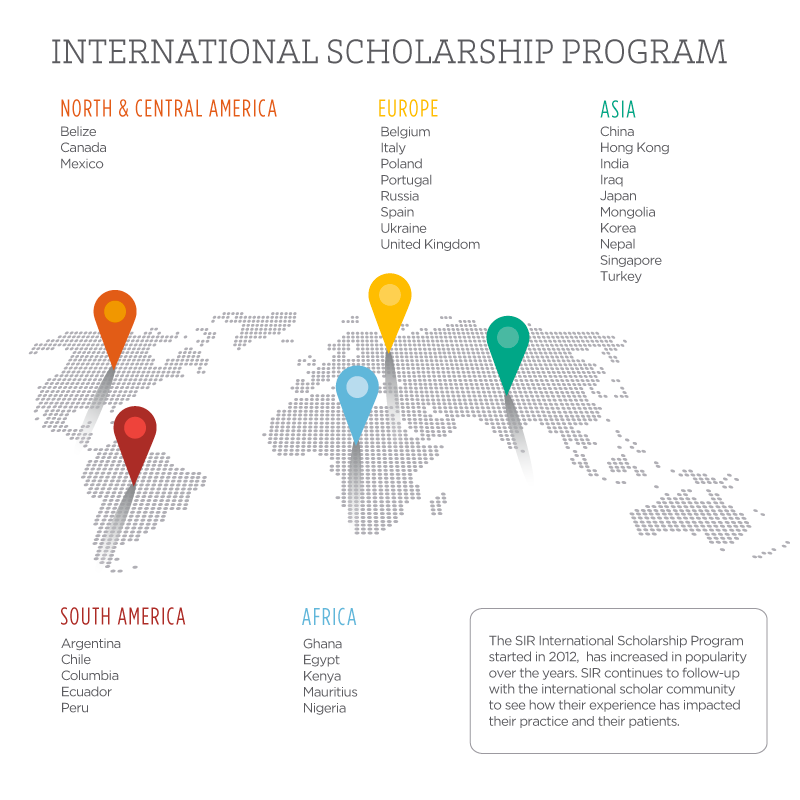 SIR brings people together to exchange, discuss and learn in order to provide the best patient care through minimally invasive, image-guided treatments. Membership on the global level provides the skills and resources necessary to be a leader in global health. Let us make a connection. Below is a list of interventional radiology organizations throughout the world. If you would like to add your group or provide a link to a site's homepage, please contact SIR.

Vounteer to be a International Visiting Professor or Host society/Host hospital. The purpose of these educational trips is to engage, teach, interact with and learn from interventional radiologists outside of the United States.  Our focus is on elevating and enhancing the specialty of IR and developing new relationships within the global IR community. Read more.