SIR Foundation honors one of the original interventional radiology pioneers at its annual Gala on March 24 at the Four Seasons Austin in Austin, Texas

The Frederick S. Keller, M.D., Philanthropy Award honors an individual who, through exceptional generosity and through inspiring others to give, demonstrates outstanding commitment to SIR Foundation. Abele, a cofounder and director of Boston Scientific Corporation, was an early pioneer and leader in the field of “minimally invasive medicine.”

“I am honored to present this award to John Abele. His enthusiasm for making a culture-changing impact on medicine and support for SIR Foundation illustrate his commitment to the bright future of interventional radiology,” said Frederick S. Keller, M.D., FSIR, who bestowed the award to Abele at SIR Foundation’s Gala at the Four Seasons Austin.

Abele is an Honorary Fellow of the Society of Interventional Radiology and was a recipient of the SIR Gold Medal in 2005, one of only three nonphysicians to be presented with this award. His major interests include science literacy for children, education and the process by which new technology is invented, developed and introduced to society. From 2002 to 2010, he served as Chairman of the FIRST Foundation, which runs a range of robotics competitions for grade and high school kids to make being science-literate cool and fun. He continues to serve as Vice-Chairman. 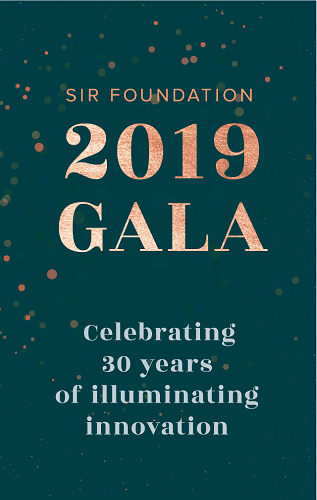 The Society of Interventional Radiology is holding its Annual Scientific Meeting March 23–28, 2019 at the Austin Convention Center in Austin, Texas. Visit sirmeeting.org.